Sometimes it rains in Santorini, and it’s still awesome {Greece 2018} 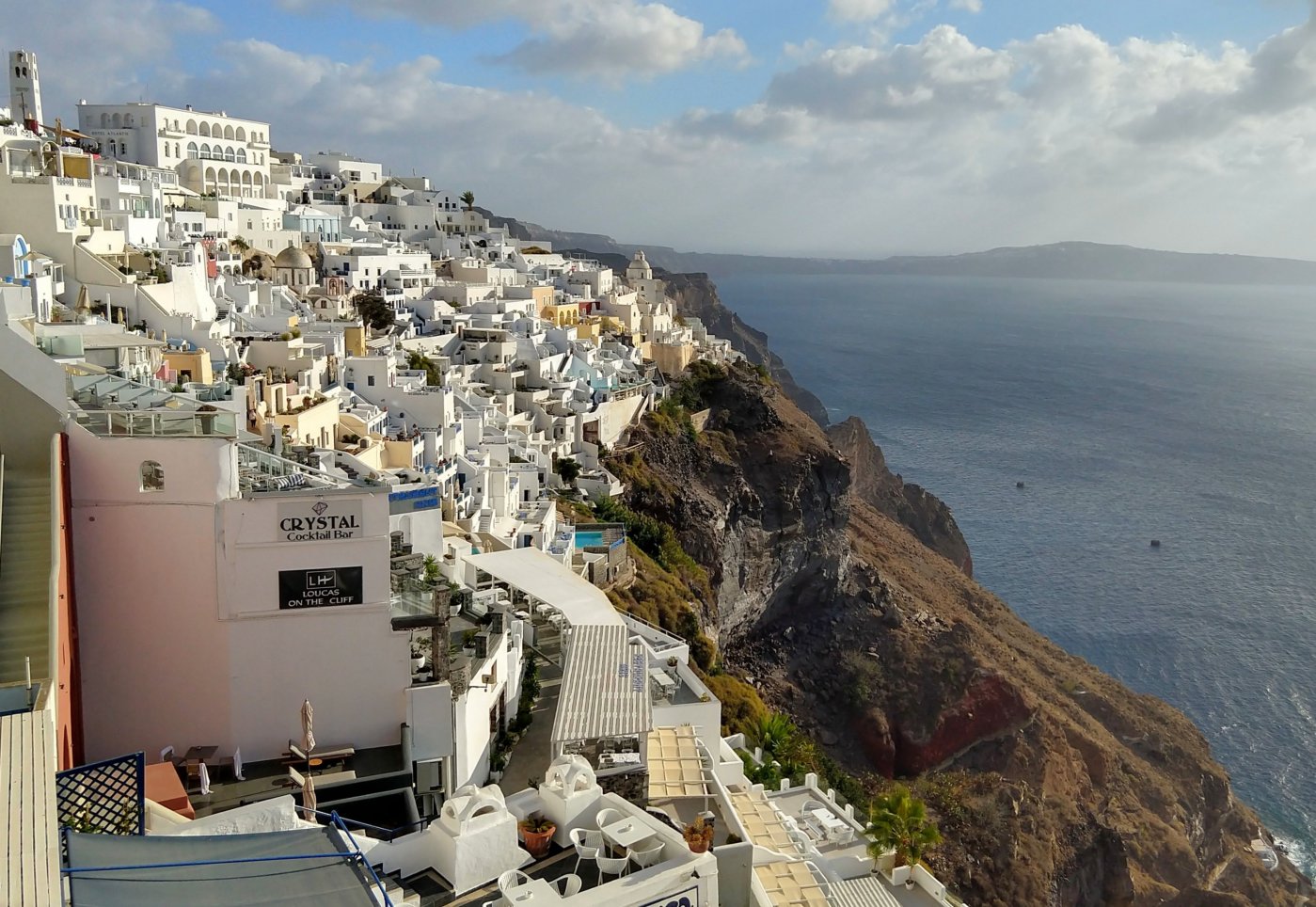 My weeklong yoga adventure (the organizer’s word, not mine, but very accurate) was mostly spent enjoying the sea, exploring the island towns, getting to know some seriously fun people, trying my best not to retreat into child’s pose during some intense vinyasa flows, and reliving traumatic physics and calculus experiences with the onslaught of Greek letters (no professor, I still can’t solve the wave equation Ψ and frankly I don’t care).

Seriously though, I was told by a local that we experienced more rain in just a few days than in the last several months combined. How’s that for Mediterranean beach yoga retreat timing. I was also told by another couple on the retreat that they tend to bring bad weather wherever they travel. They’re the guys that choose Arizona over Florida just one year for the holidays only to find the first Arizonian white Christmas in decades. And they’re now the ones that bring storms to Santorini, apparently. Who invited those guys?! (They’re actually super cool though, so no hard feelings.)

Besides getting dust blown all over us and a metal bar chair falling on me during poolside yin yoga, and some intense-for-Greece surfable waves that took out more than half of black beach, my mom and I got dumped on while standing outside on the tarmac waiting to board our flight off the island, and then it happened again in Athens. Jetways aren’t really a thing in Greece, at least not for the flights we took. I guess rain isn’t usually a thing either.

Other highlights of the trip captioned below. If you’re looking for someone to plan an incredible adventure for you and don’t mind holding downward dogs for hours on end or doing a million chaturangas (mostly kidding) or sharing the experience with a beautiful community of yogis, Dimitra is the bomb-dot-com.

And now I’m recovering from a week in paradise by jaunting over to Switzerland and then Amsterdam to visit some friends. And by recovering, I mean stuffing my face with Swiss chocolate. Obviously.